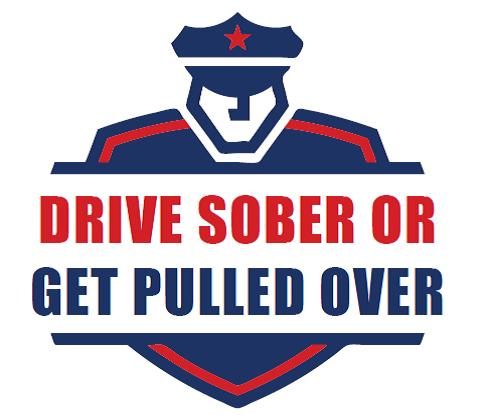 The high-visibility national enforcement campaign, Drive Sober or Get Pulled Over, runs from August 17 through September 3, 2018. During this period, local law enforcement will show zero tolerance for impaired driving. Increased State and national messages about the dangers of driving impaired, coupled with enforcement and increased officers on the road, aim to drastically reduce impaired driving on our nation’s roadways.

The Grand Isle County Sheriff’s Department, in conjunction with the State of Vermont Governor’s Highway Safety Program and U.S. Department of Transportation’s National Highway Traffic Safety Administration (NHTSA), will be conducting increased high visibility traffic enforcement to reduce crashes, traffic deaths, injuries, and enforce impaired driving laws to save lives during this campaign. DUI checkpoints will be conducted throughout this campaign as well as DUI high visibility saturation patrols.

Statistics prove that we have a lot of work to do to put an end to impaired driving. According to NHTSA, 10,497 people were killed in impaired-driving crashes in 2016. On average, 10,000 people were killed each year from 2012 to 2016—one person killed every 50 minutes in 2016. That’s the equivalent of 20 jumbo jets crashing each year, with no survivors.

There is a small, silver lining: During the 2016 Labor Day holiday, 36 percent of fatalities in traffic crashes involved an impaired driver, which was one of the lowest percentages over the five-year period from 2012 to 2016.

As of 08/01/2018, 35 people died on Vermont highways compared to 29 deaths at this time last year. Driver impairment, speed, failure to use safety restraints and distracted driving continue to be the leading causes for these tragedies.

High visibility enforcement has been the key to success in Grand Isle County evident in minimal law enforcement response to serious injury crashes or fatalities. Please continue to help us prevent senseless tragedies!