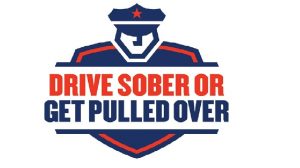 Drive Sober or Get Pulled Over

No one wants to be a Grinch during the holiday season, but drunk driving is no joke, no matter the time of year. Unfortunately, instances of drunk driving increase during the holidays, as more people are attending parties and festivities, and then driving home. In 2017, 29% (10,874) of all vehicle crashes involved drunk drivers, and 885 of those deaths occurred in December alone.

This holiday season from 12/13/2019-01/01/2020, the Grand Isle County Sheriff’s Department is teaming up with the U.S. Department of Transportation’s National Highway Traffic Safety Administration to remind all drivers about the dangers of drinking and driving. As you head out for a night of merry making, remember: Buzzed Driving Is Drunk Driving. Plan ahead for a sober ride home. If you plan to be someone else’s designated driver, commit to not drinking. Your friends are relying on you, and you could save a life.

According to NHTSA, 37,133 people were killed in motor vehicle traffic crashes in 2017, and 29% (10,874) of those fatalities occurred in crashes during which a driver had a blood alcohol concentration (BAC) over the legal limit of .08. The holidays prove to be extra dangerous to drivers, as more people — drivers and pedestrians alike — are out on the roads.

Too many people take to the roadways after consuming alcohol because they think they are “okay to drive.” They may think they’ve had enough to eat, enough water to drink, or that their weight may factor into the equation. But these are inaccurate ways of measuring whether you are safe to drive.

Drunk driving isn’t the only risk on the road: Drug-impaired driving is also an increasing problem, for men and for women alike. If drivers are impaired by any substance — alcohol or other drugs — they should not get behind the wheel of a vehicle. It is illegal in all states to drive impaired by alcohol or drugs. Remember: Driving while impaired is illegal, period. The bottom line is this: If You Feel Different, You Drive Different. It’s that simple.

Party with a Plan

First and foremost: Plan ahead. Be honest with yourself: You know whether you’ll attend a party. If you plan to drink, plan for a sober driver to take you home. Is it your turn to be the designated driver? Take that role seriously—your friends are relying on you. Remember that it is never okay to drink and drive. Even if you’ve had only one alcoholic beverage, designate a sober driver or plan to use public transportation or a ride service to get home safely.

· Have a friend who is about to drink and drive? Take the keys away and make arrangements to get your friend home safely.

During the holidays, and every day, please remember that drunk driving isn’t only illegal, it’s deadly. KEEPING YOU SAFE!!!!